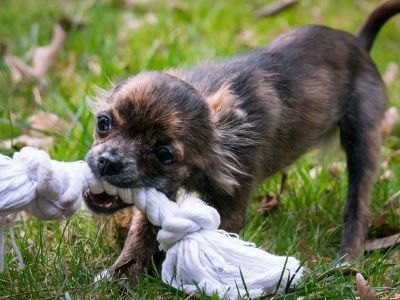 If your dog chews on a rope toy, the odds are that he’s also swallowing pieces of that rope, to a greater or lesser extent. One single strand pulled off a rope toy can cause devastating internal injuries to your dog. Let me tell you the story of one of my customers’ dogs, Dougal.

Dougal’s Story
Dougal’s owner got in touch with me just this last week and asked if I would be willing to raise awareness on the dangers of rope toys for dogs. Of course, I am more than happy to. There are a lot of similar stories out there and they do occasionally make the headlines.

There are risks involved in much of what we and our pets do. The key thing is that we need to be aware of those risks, understand what can go wrong and, if you choose to continue to allow rope toys, at least you know to be vigilant. 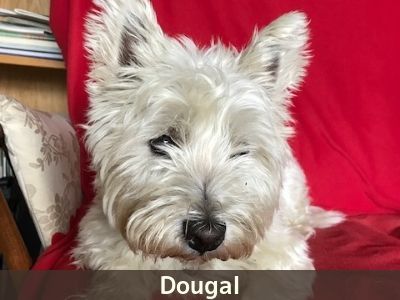 “Dougal had several of these [rope toys], the kind with twisted rope with knots at intervals. Unknown to us, he had bitten off a chunk of rope and then swallowed it. It was only when he stopped eating and drinking that we were aware of something wrong.

To cut a long story short, it had got stuck in his intestines and he needed an emergency operation to remove it. Peritonitis had set in by this point and we were very lucky indeed that he survived. The vet removed 10cm of rope, so we are not sure how he managed to swallow it! … Needless to say, his remaining rope toys are now in the bin. We had no idea such toys could be so dangerous, but our vet said it’s not uncommon.”

Strands of rope that become detached from a rope toy and then swallowed are referred to as ‘linear foreign bodies’ by the veterinary profession; they are among the most devastating things a dog can swallow. Once the strand of rope gets into the small intestine, it is virtually impossible for it to pass naturally. This irritates the intestine and often causes peristalsis – the action of the intestine passing waste along the digestive tract – to cease or contract spasmodically. Your dog either stops eating altogether or is frequently sick following meals as the only way for the food to go is back up. Once you get your dog to the vet and she has him in the operating theatre, the vet will usually have to make several separate incisions into the small intestine in order to remove the strand in its entirety as the muscles of the intestinal wall will be gripping the rope. 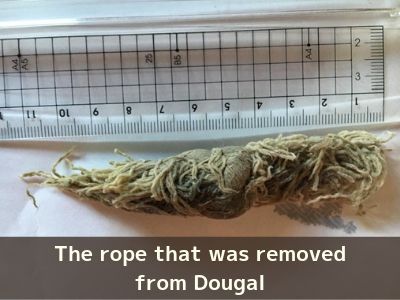 Equally, a dog that regularly swallows just small pieces of rope can encounter serious issues, such as a blocked intestine, as these sodden rope fragments can collect together - much like hair clogging up the shower drain.

If you wish for your dog to continue to play with his rope toys, it’s best to stick to playing interactive games with them, rather than letting him have free access; especially if they are a chewer.