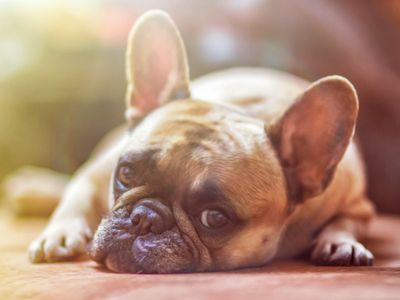 Now, before I get a torrent of messages extolling the virtues of French bulldogs and how your own dog is perfect in every way, you must understand that this is not a blog written to slate the French bulldog as a suitable pet, but an article based on scientific research into the health status of the breed.

French bulldogs are the epitome of the phrase, ‘victims of their own success’. If you look back just a decade ago, this was a minor breed with a small number of responsible breeders, breeding for the health of the animals and thoroughly vetting the homes that their pups were going to. In recent years, the popularity of the breed has exploded; in part, due to celebrity ownership and the use of French bulldogs in the media. The breeders can’t keep up with demand and therefore, more and more people are seeing an opportunity for making quick money without considering the welfare of the resulting animals. Dogs are also being imported from eastern Europe and the Republic of Ireland. 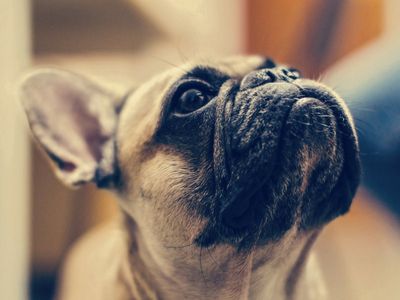 French bulldogs are displaying alarming health concerns due to this new trend. The following conditions were highlighted in this research as being specific to French bulldogs – due to their extreme conformation and brachycephaly):

They also have a proclivity to suffer from these more general conditions:

Brachycephaly refers to the extreme shortening of the facial bones, causing a wide, flat skull. This is seen in breeds such as the French bulldog, pug and shih ztu.

Lead author of the study, Dr Dan O’Neill, states: ‘The prevalence values reported in French bulldogs are eternally optimistic figures. They’re factual, but based on a puppy population, so the reality is as this population of dogs gets older, these values will deteriorate for the vast majority of disorder… …Bad as it is now, we haven’t hit the peak.’

The real fear is that, as is often the case in these circumstances, when someone buys a cute puppy that develops long-term health issues that will only worsen with age, that dog is at a high risk of being abandoned or surrendered to a rescue – leading to another kind of crisis altogether. As Dr O’Neill says, ‘…the charities will be inundated with middle-aged animals suffering health problems, making them very difficult to rehome.’ A sad state of affairs for a dog that can trace its origins back to the Industrial Revolution.

Research paper referred to: Demography and disorders of the French bulldog population under primary veterinary care in the UK in 2013.

Related Articles:
12 British Breeds Of Dog 'Vulnerable To Extinction'
People Put More Thought Into Buying Shoes Than A Puppy
Dog Bites: Warning Signs And How To Recognise Them
Canine Elbow Dysplasia: X-Raying May Not Be The Answer - Guest Vet Blog
The Big 3 In Joint Support