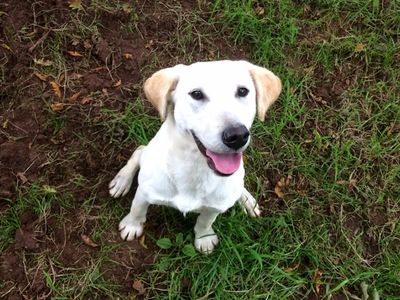 Just a short update on the puppies today. Despite going out four or five times day, they've not seen a great deal of training 'action' recently due to my TP Feeds workload and travelling about to various shows. Episode two of the Puppy Diary sees more of a confirmation that my methods and the 'slow and steady' approach really do work.

There are multiple benefits to keeping dogs on a farm, the main one clearly being that they have acres of space to enjoy their walks without having to travel anywhere first. However, there are downside. One such downside being that there are a range of animals also inhabiting those acres - namely cattle and sheep (the pigs have their own field that the dog don't go into). The animals themselves are not an issue, my dogs are well accustomed to the livestock and they all pretty much ignore each other, although the sheep do like to stamp their authority occasionally, albeit half-heartedly. The issue is that, as anyone with dogs will likely know, apparently sheep droppings are a canine delicacy and, particularly for the youngsters, they can not be resisted as an after-dinner 'treat'. We've also just finished calving season here and apparently calf poop is just as tasty, if not more so...

Of course, my dogs are regularly informed that the eating of faeces is not a trait that I desire within my pack. My adult dogs tend to agree that such behaviour is, indeed, beneath them. The puppies, however, do like to check every so often that I'm 100% sure of this rule. It was one such morning just less than a week ago that Frodo wanted some clarification on this rule. His method of checking was to stick his nose into a particularly unsavoury pile of calf poo. As you can imagine, I was not impressed. I explained to Frodo in no uncertain terms that I was not impressed. He understood and was returned to his kennel to have a think about his behaviour.

The afternoon came, and I decided that I should probably go and make friends with Frodo again. 'No hard feelings' and all that. So out we went with his dummy for a bit of 'fun training' to run off some steam and reinforce our bond. It turned out that Frodo had forgotten about the morning's misadventure, he was well and truly ready for some training action. I started him out with some fun retrieves in a decent patch of long grass that we have at the bottom of the garden. He was in his element. (The other dogs weren't as they could see what was going on and couldn't join in!) The one thing that I noticed however was how hard he was hunting. His nose was down, his tail was wagging and he was flying back and forth. If he didn't succeed on his first sweep into the area, there was no sign of him coming back for reassurance (if you read the previous episode, you will remember that Eira was the keener hunter of the pair), he was determined to keep working for his prize. Since he was so pumped up, I even threw the dummy in behind him and sent him in for it as a 'blind'. Undeterred, he hunted away and found his retrieve - and very proud of himself he was too! We did a tiny bit of heelwork afterwards just to level his head a little bit after getting so excited, to which he responded beautifully, then did a quick retrieve or two in some thicker cover on another piece of ground that we have. He was outstanding - certainly redeeming himself from his morning's performance! 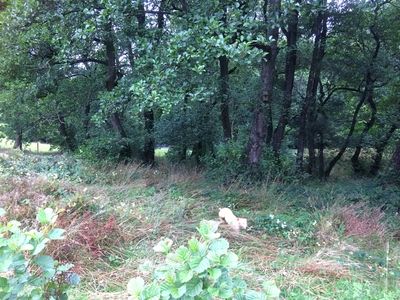 I took Eira out afterwards too, more for a good walk rather than any training as I was checking on the livestock at the same time. I still find it fascinating how responsive she is and how focussed she is on me. When we're out walking, even if out with the other dogs and just playing, if she's near me and I stop, she stops. If she's further away and I stop, she'll come tearing back to check on what's happening next. She's always ready for the next move, the next command.

Hopefully I'll be able to get them both out for a good couple of training sessions in the next week or so, especially after the Mid Somerset Show, and I can report back on more progress then.