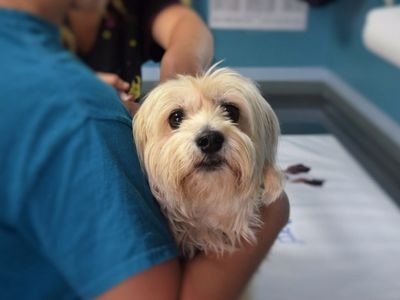 A potentially controversial guest blog from a self-declared 'rebel' retired veterinary surgeon who, in both his professional and his personal life, has never been afraid to speak the truth as he sees it - even if it meant losing 'sales', whether that be through unnecessary drugs or operations. It's what brought the clients coming back through the door and earned him the reputation of being the vet who says it as it is!

"This blog expresses my own opinion and must not be taken as advice or recommendation.

Elbow dysplasia (ED) is not a simple, single condition; it is an umbrella term for four different disorders that can affect the developing elbow in dogs, and more than one of these can be present at the same time. It can occur in one elbow, but in most cases, both elbows are affected. Symptoms usually – but not always – occur between 6 and 10 months of age, and irrespective of which of the above conditions are present, they are essentially the same; foreleg lameness, stiffness after exercise, and walking downhill (or downstairs) is sometimes difficult. It is generally a condition of larger dogs, although any breed can be affected.

There is a current BVA/KC scheme for screening ED with the use of X-rays, similar to the Hip Dysplasia scheme, with the intention that affected dogs ought not to be bred from. This is based on the fact that ED is regarded as a hereditary condition - but if you dig a little deeper, things are not so simple…

To go for the jugular straight away, of the four different disorders, only one is readily picked up on X-ray. The others generally only show on X-ray after the arthritic changes which they inevitably cause have developed. This inevitably brings into question the usefulness of X-rays in screening for ED, and therefore, by extension, the usefulness of the scheme as a whole. Specialist veterinary centres use CT scans to diagnose ED instead; these are much more effective (and more expensive).

Each elbow is graded between 0-3 by BVA scrutineers, with zero meaning that no evidence of elbow dysplasia was seen (from the above paragraph, it is clear that it does not mean that there is no ED present). If the two elbows have different grades, the higher of the grades is the one used for the dog. The scheme recommends that dogs used for breeding should have grades of 0 or 1 and that those with higher scores are not bred from. It might be interesting to ask, if the scheme is intended to reduce the incidence of the condition, why it is acceptable for dogs with a score of 1 (i.e. with some clear, visual evidence of mild ED) to be bred from! 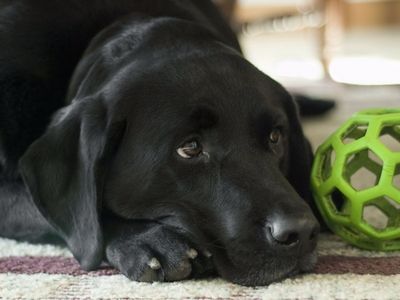 Under the scheme rules, X-rays can only be taken in dogs over 12 months old. However, since symptoms generally occur before the dog is a year old, symptoms that a diligent owner can usually see for themselves, what owner of an affected dog is going to bother to have it X-rayed for the scheme at a later date, when a bit of arthritis has developed in the joint, and when he/she will know that the result will be an X-ray with a high score. By not subjecting the dog to the scheme there will not be any evidence of an adverse X-ray on its record, so an unprincipled owner can simply go ahead and use it for breeding. It isn’t just one X-ray either; it’s four X-rays – two for each elbow. Correct positioning of the dog is critical. It isn't at all simple or straightforward, and has to be achieved for four X-rays on the same dog. Unfortunately, any deviation here can lead to the resulting X-rays being difficult to interpret and, at worst, could result in false positives or false negatives. The likelihood of repeat X-rays, or X-rays being rejected by the BVA scrutineers is always there, with the need to repeat the whole process (at significant cost). 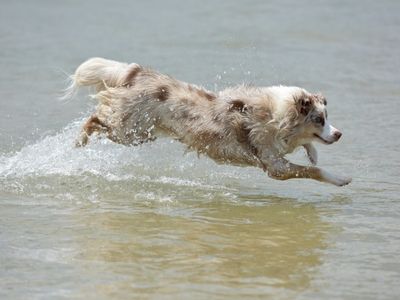 ED is known to be a genetic disorder, but genes only account for between 45% and 71% of the chance of the condition occurring; to put it another way, roughly anything from a quarter to a half of ED cases cannot be attributed to genetics. As a consequence, affected puppies can be produced from apparently normal parents, both of which could have been subjected to the scheme and have completely clear X-rays. Determining carriers – those which carry and may pass on the gene(s) but which do not show signs of the disease themselves – is not currently possible.

Crucially, due to the inability of X-rays to reliably detect ED, it is extremely difficult to identify dogs that are completely free of ED – which, it could be argued, does not make the BVA/KC scheme, as it stands, as effective as everyone would like it to be.

The scheme has been in operation since 1998, with well over 250,000 X-rays assessed – but no evidence has yet been published as to whether the scheme has contributed anything at all to reducing elbow dysplasia... As a colleague mentioned to me recently; ‘The aim of the scheme is admirable; the scheme itself is peppered with problems’."

Related Articles:
Health Problems In French Bulldogs: The Worst Is Yet To Come
Swimmer Puppy Syndrome - It's Not The End Of The Road
Single Puppy Syndrome - Raising An 'Only' Puppy
The Big 3 In Joint Support