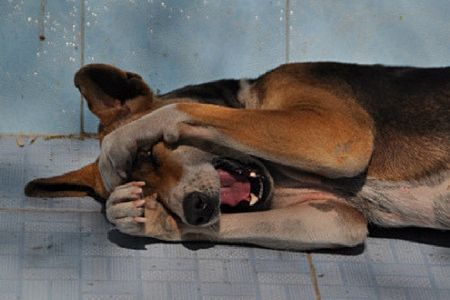 Would you be embarrassed if your boss, or perhaps your clients, heard the way you speak to your 'fur babies'? *cringe* I'm referring to that high-pitched, over excited Alvin and the Chipmunks style voice - you know the one... What if I told you that your adult dogs pay no heed whatsoever to this 'technique'?

A study carried out by scientists based in France, the UK and the US, and published in Proceedings of the Royal Society B has shown that whilst puppies may react to this sing-song voice, adult dogs are less than impressed.

Thirty female human participants were asked to speak in front of various pictures of dogs - thirty puppies (up to a year old), thirty adult dogs (one to eight years of age) and thirty pictures of older dogs (over eight years of age); their speech pattern and cadence was then analysed. It was found that on the whole the humans used dog-directed speech with all the dogs, regardless of age, however they generally used a higher pitch voice when communicating with puppies. 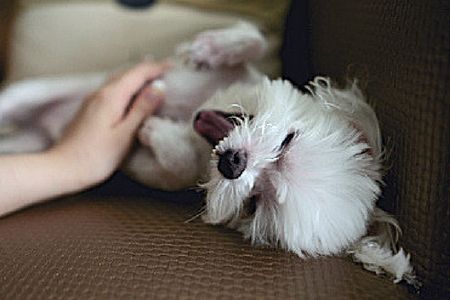 The same participants recorded identical spoken phrases using both 'puppy-talk' and their normal voices. These were then played to the dogs, without any other stimuli to affect results. It was discovered that whilst puppies were highly reactive to 'puppy-talk' and the higher pitched cadence did indeed affect their behaviour, the same could not be said for older dogs. Dogs over a year of age displayed no difference in behaviour when exposed to either a high pitched, sing-song voice or an ordinary tone.

In short, feel free to get all excited and chipmunk-esque with your youngsters, they'll love it; however once puberty hits, as with most human teenagers, if they could roll their eyes at you, they would!

Related Articles:
Indestructible Dog Beds. Do They Exist??
Why Dogs Shouldn't Play Fetch With Sticks
The Best Commands To Teach Your Dog
Why Do Dogs Eat Grass? Another Old Wives' Tale, Say Scientists