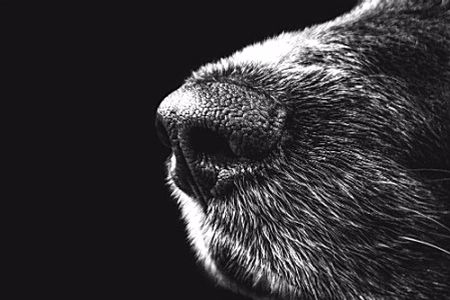 We all benefit from the extraordinary power of our dog's noses whether it be sniffing out illegal drugs, detecting explosives or, more commonly for most of us, scenting game when working to the gun; but how many of us really consider how they do all this?

Whilst we humans generally use sight as our most dominant sense, for dogs, their sense of smell is by far their most efficient at assessing their surroundings. They can determine what is there now, what was there up to several weeks ago, and the subsequent route of the scent it left behind.

Have you ever wondered why your dog's nose has a slit to each side?
The anatomy of the dog's nose is the key to its extraordinary prowess, in particular the way in which the nostrils themselves are shaped. When dogs are scenting, they take each new sniff from separate areas in their immediate surroundings, this allows them to zone in on the source of the smell. Due to this process, they need to be able to take each new sniff unobstructed by their exhaled breath. Now this is the clever bit; as the dog inhales through its nose, its alar folds (see illustration below) open, allowing air to flow directly into the nasal passages. As the dog then exhales, the alar folds close the upper sections of the nostrils, allowing air to exit through the slits on each side, so as not to affect the next incoming breath. This exhaled breath also serves to disturb the surrounding scent molecules, making scenting easier. 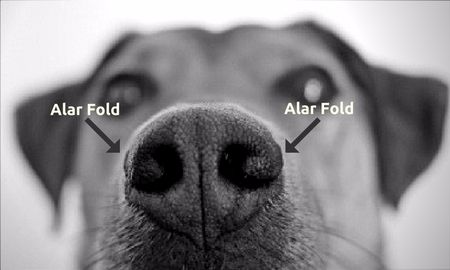 Cool down or Scent, That is the Question?
Did you know that whilst your dog is a remarkable creature, when it comes to breathing, it's not the best at multi-tasking. It is impossible for a dog to pant and sniff for scent at the same time. This is why you probably find that your dog isn't quite on his/her game when out rabbiting in the summer or why detection dogs can struggle on hotter days. This can of course be remedied by keeping your dogs as cool as possible between exercises and allowing them to acclimatise to the heat before beginning intensive work. 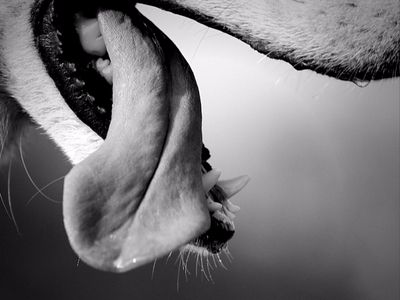 And if all that wasn't enough...
As incredible as a dog's nose is, in terms of its scenting ability, puppies have another trick in their bags - or 'up their noses'! Not only do they have a powerful sense of smell but their noses are also equipped with heat sensors around their alar folds which make it even easier for them to locate their mother in their dark, quiet world before their eyes and ears have developed fully. Pretty phenomenal, right? 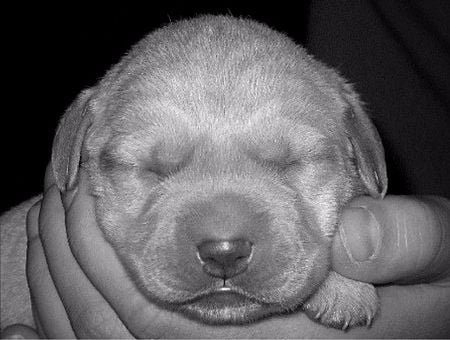 Related Articles:
Understanding Your Dog: Her Sensational Paws
Why Dogs Shouldn't Play Fetch With Sticks
Canine First Aid: What To Have In Your Kit
Health Problems in French Bulldogs: The Worst Is Yet To Come